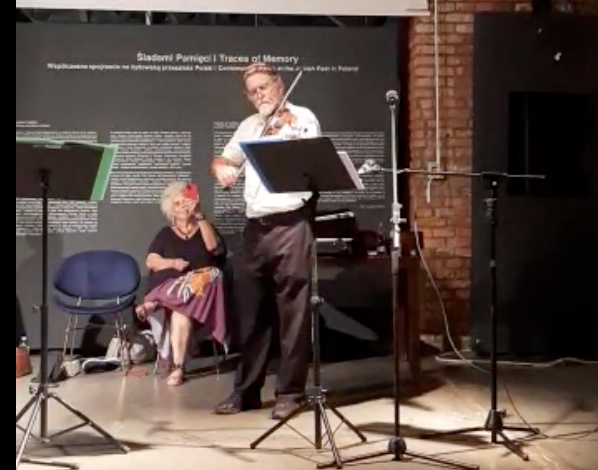 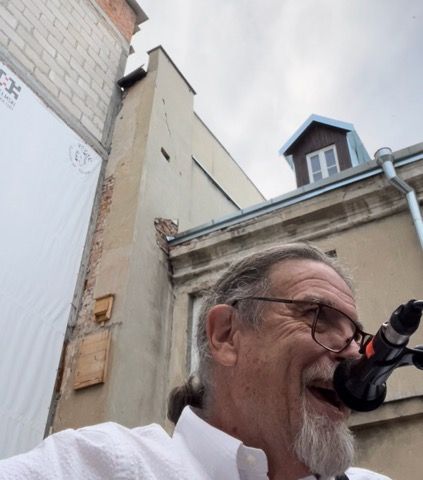 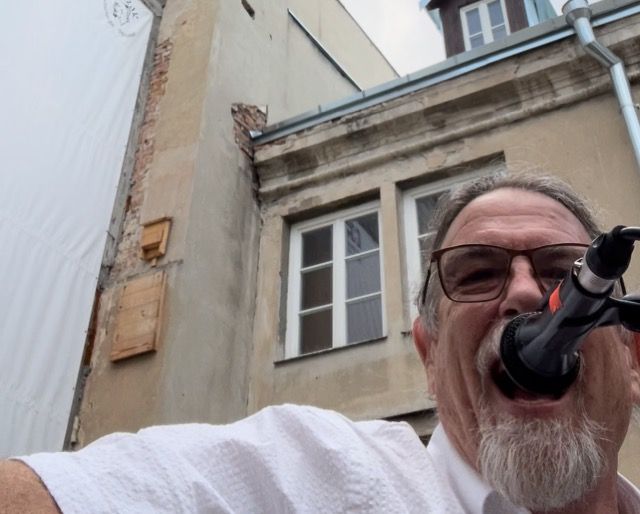 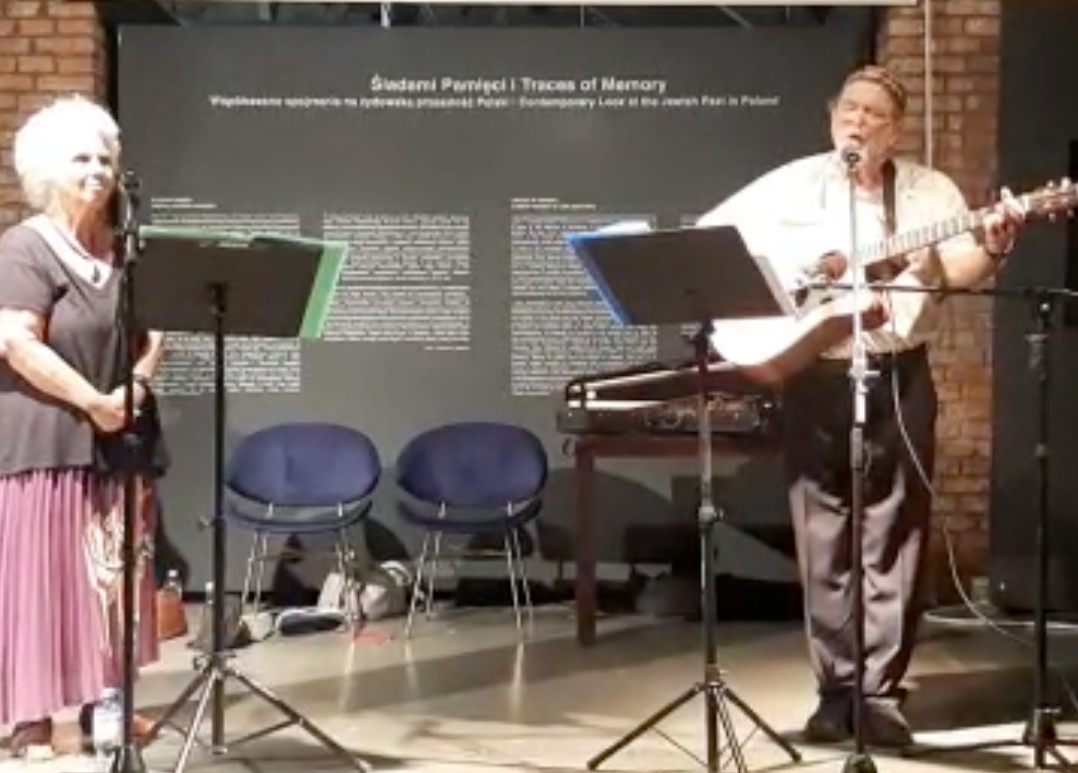 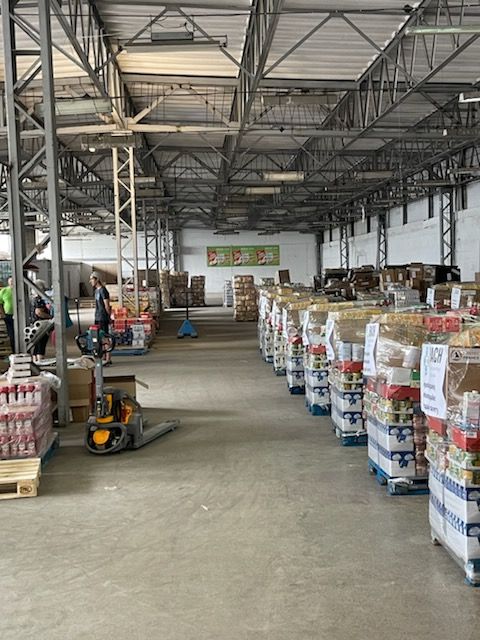 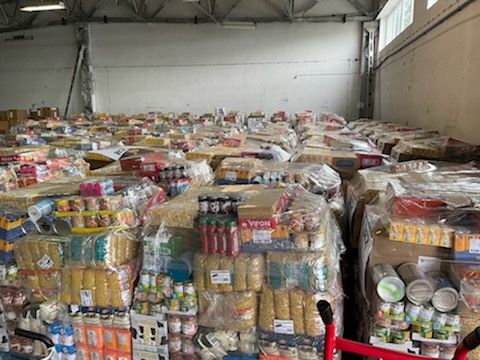 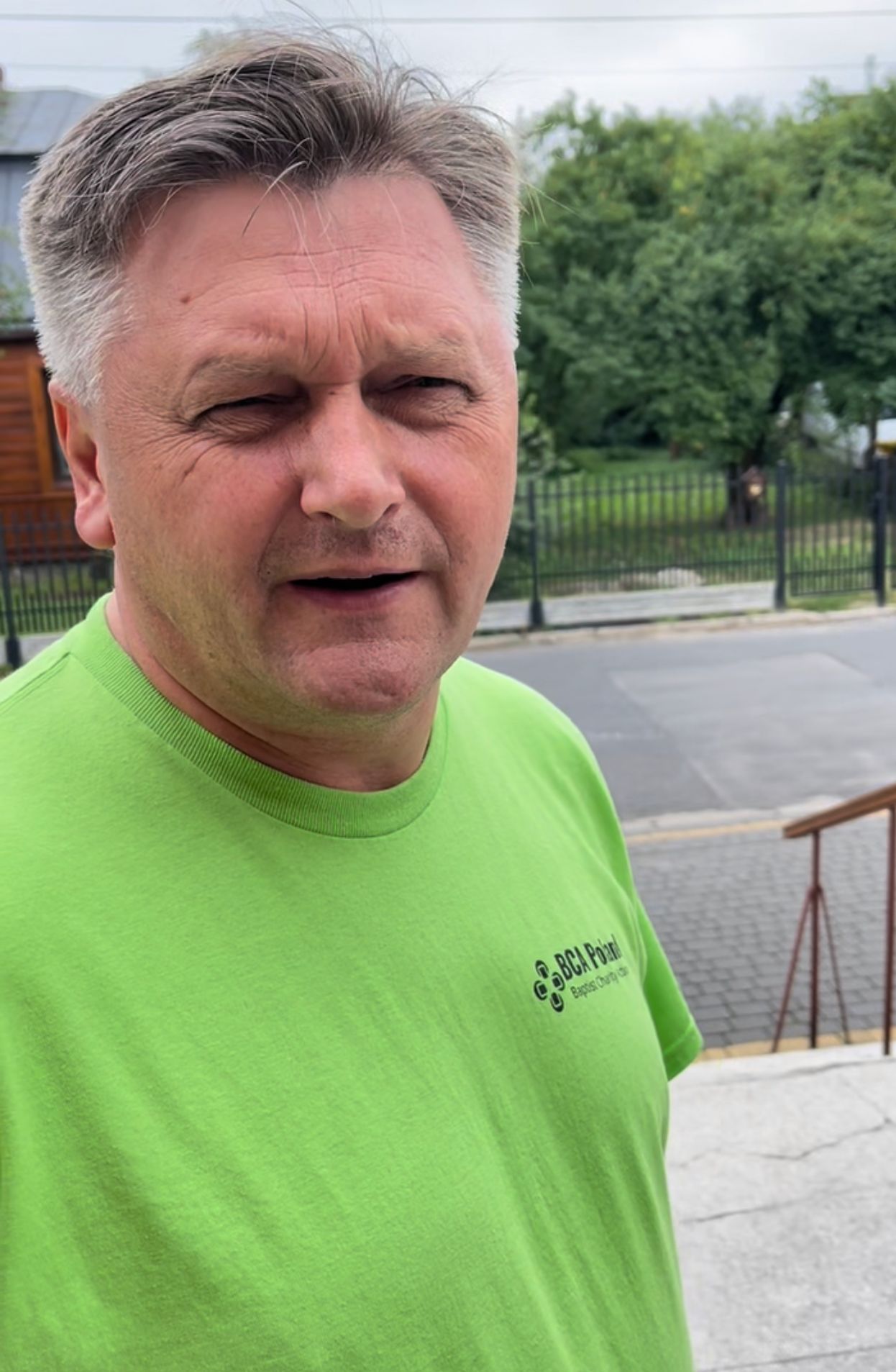 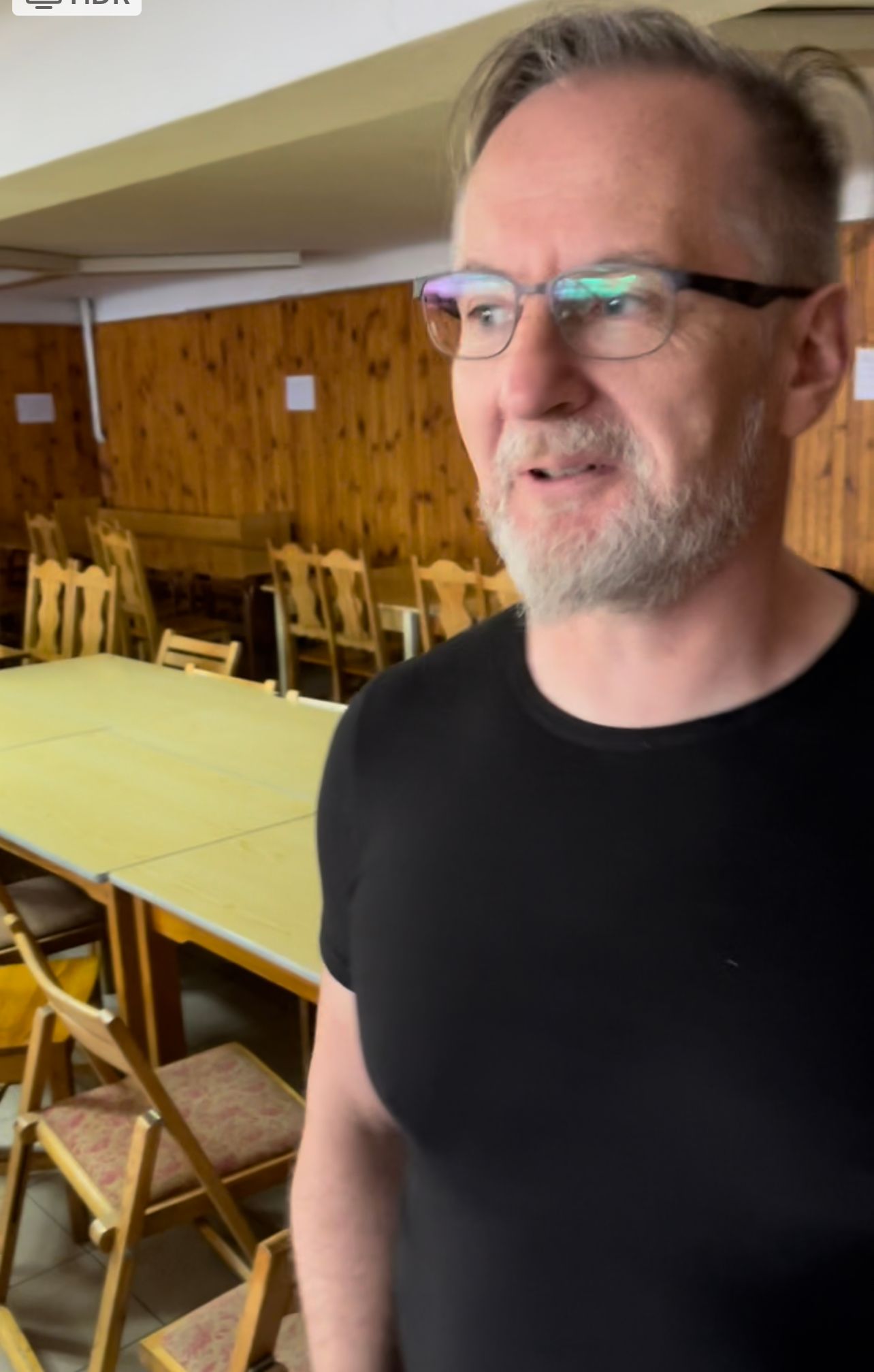 Chelm deserves, as usual, her own blog. Charming and beautiful, yet mysterious and quirky. Arriving there on Friday, we went directly to an apartment to settle in for Shabbos. It was supposed to be on the first floor instead of three flights of stairs. Not for Kelley (though she has been terrific getting around in Poland!), and even for me, it was just a hassle. It was hot, stuffy, musty and the bed was a pull-out. So we left the apartment and went to a hotel—-with air conditioning! In a newly renovated room, we noticed a smell. It was probably the sewage system, but with the window open and the a/c on, we could deal with it. But, Saturday night there was a wedding! You can't stay in a Polish hotel where there is a wedding because you will never sleep. So, Saturday night, we moved to another hotel out in the country. A beautiful lake, willow trees—it was lovely. But no a/c. So we had to keep the window open. You guessed it—a party at the lake went on until about midnight. I couldn't close the windows and had to deal with the noise. Next night back to the first hotel.

Okay, Chelm—but the people therein are friendly, and the one or two Jews and those interested in Judaism are warm, helpful people. We did a Shabbat service outdoors at the Chelm Museum. The courtyard could not hold another soul. It was. a service/concert and people just loved it. They sang, laughed, stood in solidarity, and treated us with great love and respect. Dorota, who arranged everything, is one of the kindest and warmest people I know. She stayed with us at every step, helping us with our logistical problems and advising us on everything. Her wonderfully delightful and cheerful voice I can still hear in my head. She is a gift to the Jewish people. Then there is Mariusz, part of the Baptist Church and a great friend of the Jewish community. I met with his pastor, Reverend Henryk Skrzypkowski, and heard the story of the Ukrainian refugee situation. We then went to the warehouse where big semi trucks drive into Ukraine to deliver supplies. The entire church was filled with over 100 people living and eating there. After seeing the warehouse, I gave him some funds that we had raised for this operation that is saving lives every day. I spoke with volunteers in the warehouse and saw the tons of food and supplies waiting for the next truck to arrive. I want to do more. More details as I return. After Chelm, I traveled back to Warsaw to visit and continue having conversations with some of the people involved in the work that I am doing. After that, Rivka traveled with us to Krakau to do a fundraising concert at the Muzeum Galicja to support the Ukrainian refugees.

We sang for a very appreciative audience, including Ukrainian families, Krakau Jews, and tourists. We collected a tidy sum of money to buy an ambulance for the Ukrainian people. I pledged money to the organization that we will send directly from my fund to them. I also sang a song by Frank Knight and Tom Paxton called Hardly Ever Again. It talks about the fact that events that we say should happen "never again" keep happening. Every few years, another verse is written, and I wrote the last verse below about Ukraine:

Is that what we meant to say?

Will we turn and walk away?

This is now and that was then;

And we meant "hardly ever again."

The sun shines bright on the bayonet blade;

And the mortar explodes with a sickening crash.

But this is now and that was then....Chorus

When the devil on horseback comes with his gun,

African children die on the run;

Their blood and their tears fall in the sand

Staining the ground, soiling the land.

The TV reporters stand out in the street

Their cameras pan the dead at their feet.

With a button the image is at our command,

And the "lords of the earth" carve up the land.

But this is now and that was then....Chorus

Ukrainian families are buried in pits

Russian soldiers take aim they don't care who they hit

They kill and they rape and they think it's alright

But this is now and that was then.....Chorus

We meant hardly ever again.

It is hard to believe that history repeats itself over and over, especially on the ground where the Holocaust occurred. Did we mean to say: "Hardly Ever Again?"

So sad and horrible that people in this region are fleeing their homes and facing such destruction. Pray and pray for peace, my friends.