Dancing the Hora with a Catholic Priest 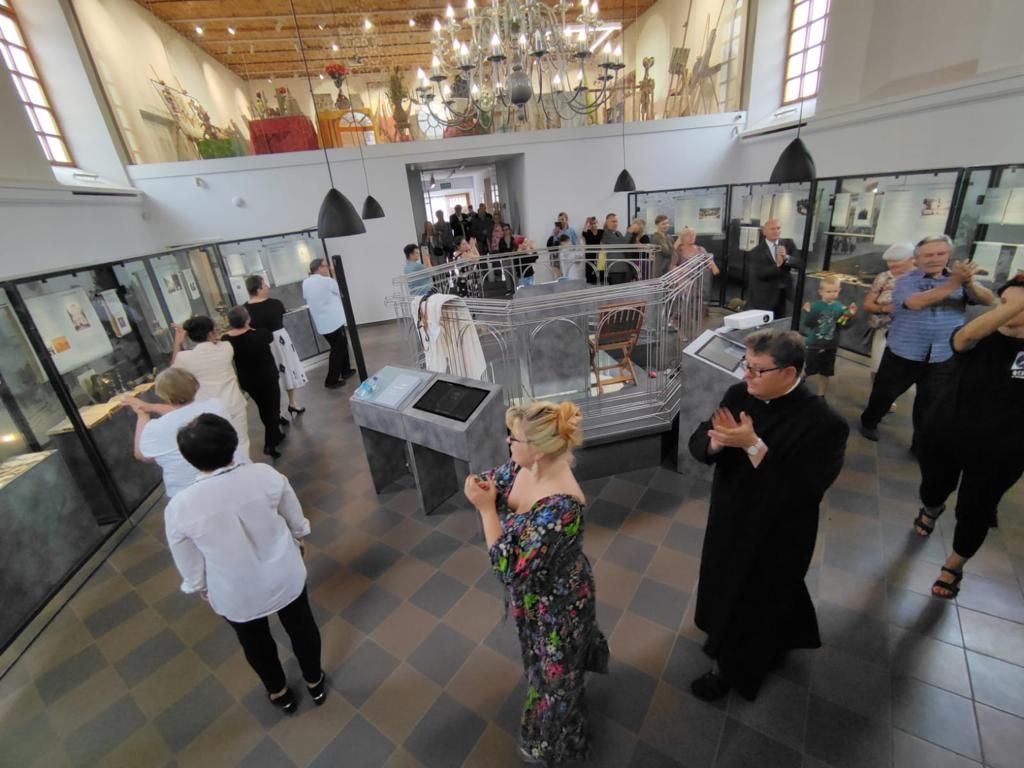 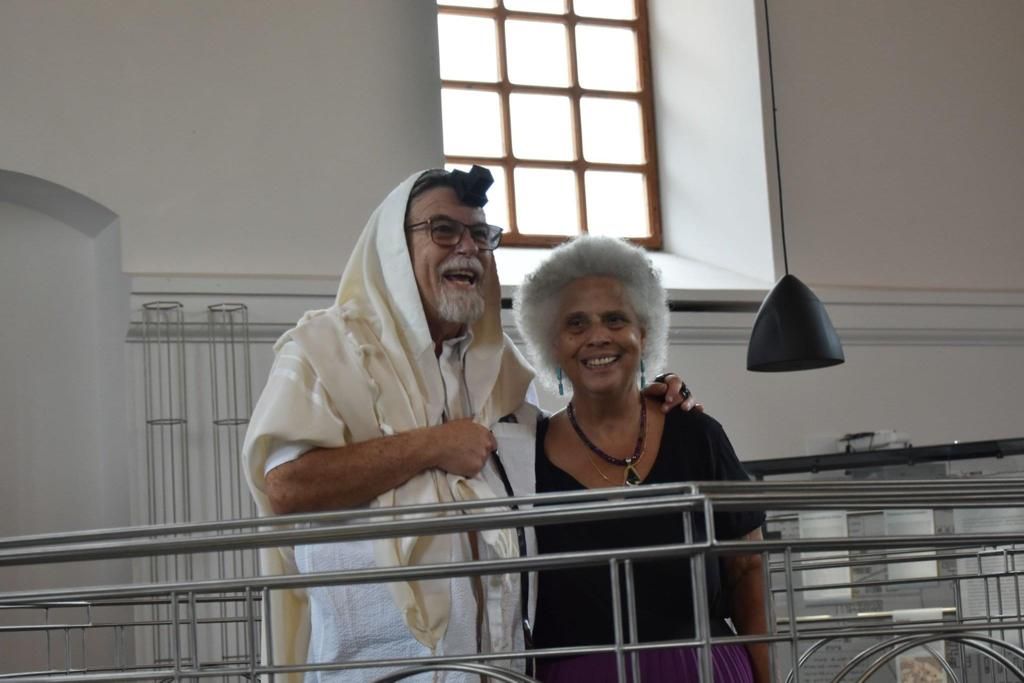 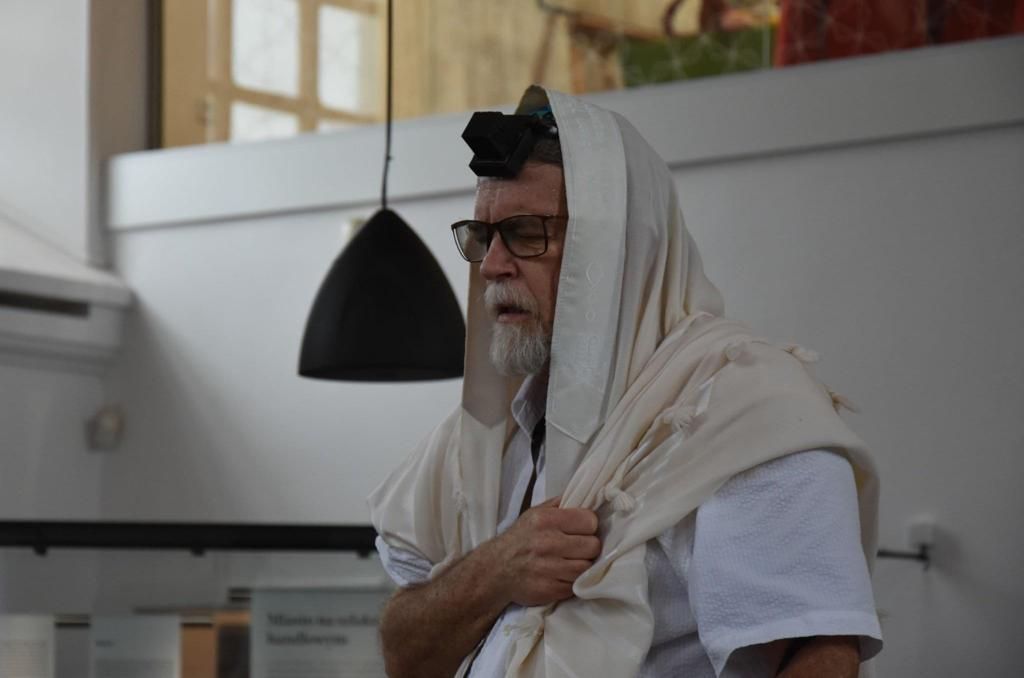 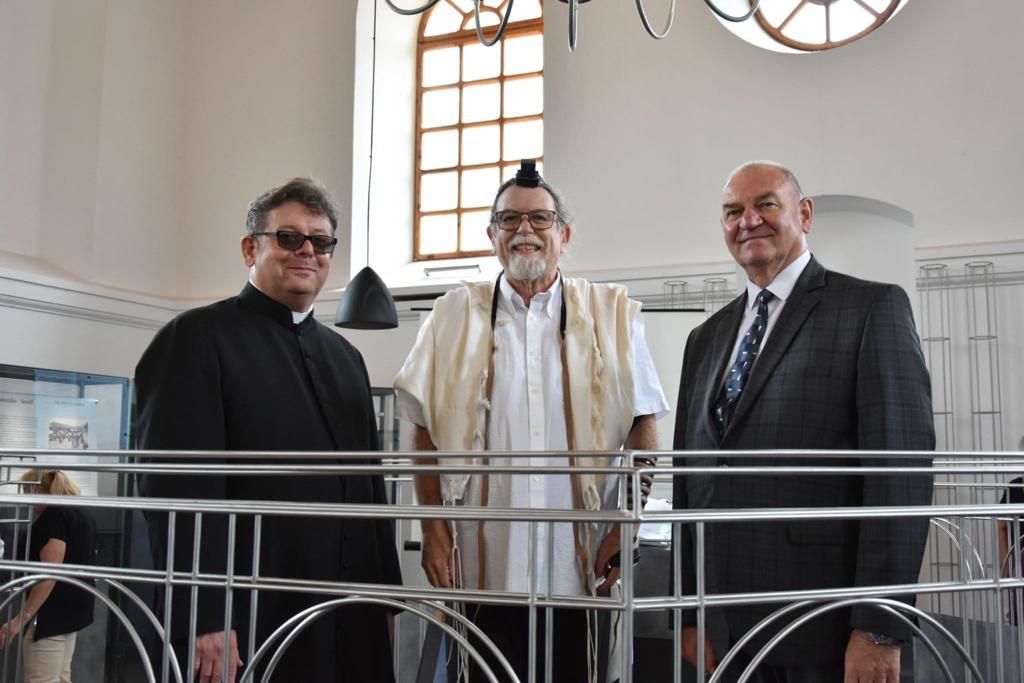 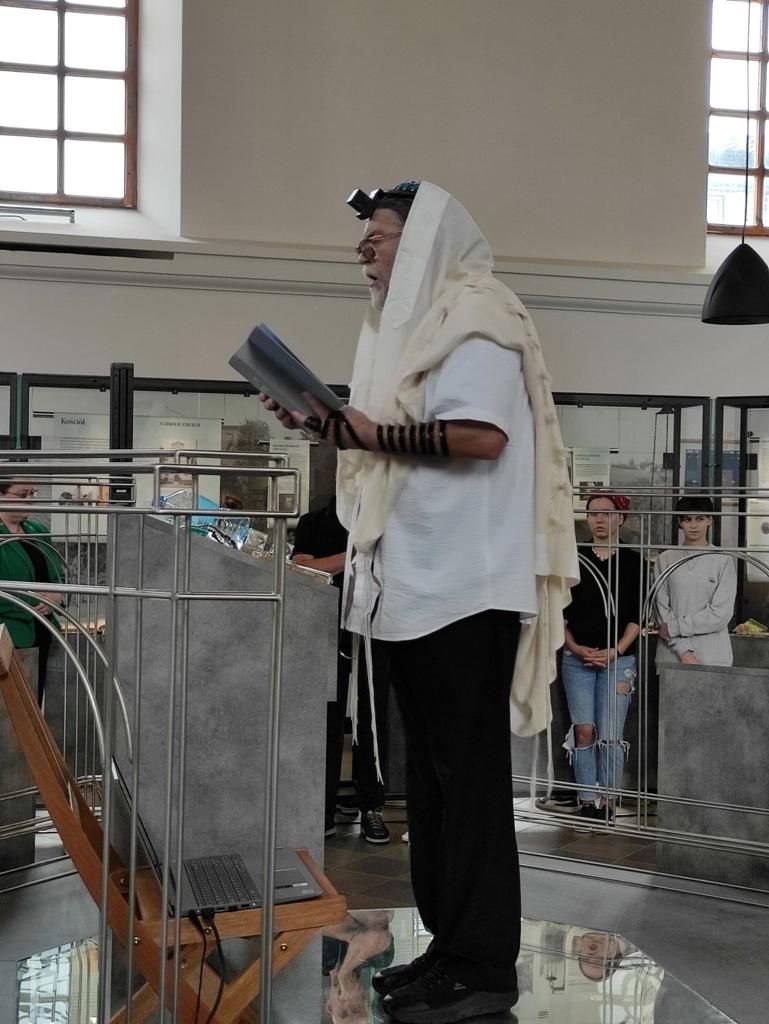 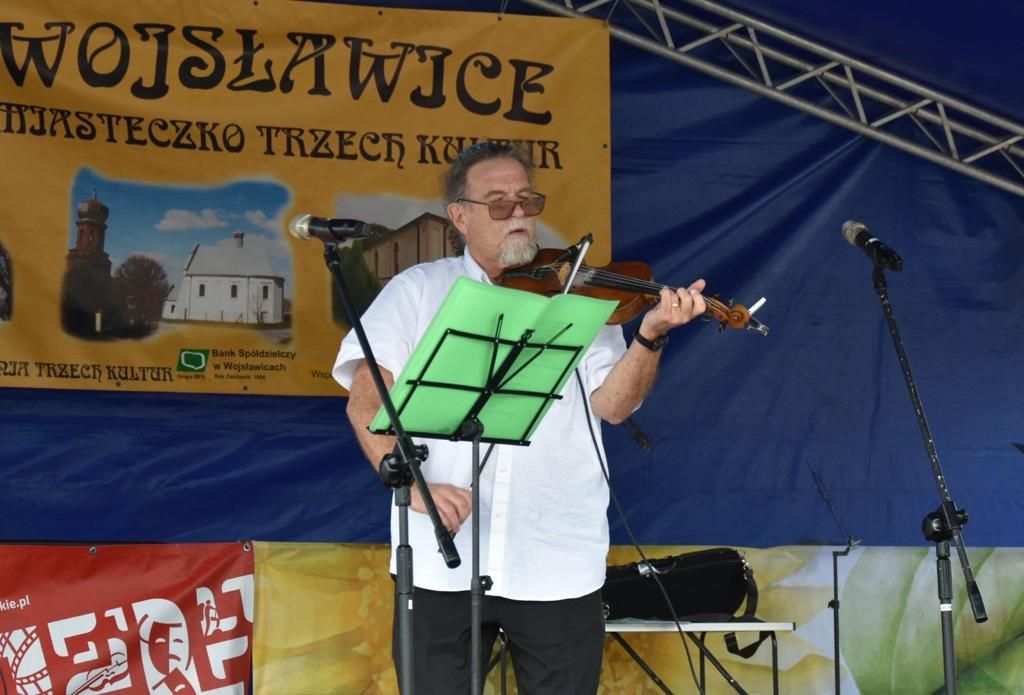 Dancing the Hora with a Catholic Priest

No, it isn't the start of a joke. Last year I went to the town of Wojlawice near the border of Ukraine. I wrote about it in my blog in November 2021. When I was at the synagogue, the town's president told me about an interfaith program and festival that takes place every summer. Programs occur at the Polish Catholic Church, the Russian Orthodox Church, and the synagogue/museum. So this summer, we came to play at this special event. I sang in the synagogue, which, like every other in Poland, has acoustics that carries the voice with a beautiful reverberation that fills the room. I did a worship service—wore tefillin, my tallit, and sang the Shema, the Eil Malei Rachamim for the Holocaust, chanted the Kaddish Yatom (mourner's kaddish), and Kelley and I sang the 23rd psalm. I projected the Hebrew and the Polish on a screen for all to see and understand the words.
Then I did a program on Tisha B'Av. I used an online slide program, and my translator read the screen. I talked of all the expulsions and tragedies, but I did mention that Poland allowed Jews to live there for 1,000 years in varying stages of existence, from being in business to being needy and poor. I said that we have to approach this observance with hope and despair, just as Moses, in his frustration, said, "Eicha" how can I deal with these people? But he did, and the nation of Israel finally stood on its own feet. So there is hope, and so, Kelley and I sang Hatikvah. The program finished with the museum director teaching everyone to dance the Zemer Atik. To our surprise and joy, the Catholic priest in his priestly robes danced with us. See the photos—it was terrific!

After the service, we went to the town square for a music festival—Rivka and Kelley sang, and I played guitar and fiddle. It was a lot of fun, and we had a big crowd. It was an uplifting experience, but as always, we were struck at the lack of any Jewish people. This was the very place my father and his family lived before the war. And now there are none--at least who identify as Jewish. It felt good to bring our culture and our religion into the sights of people who don't know who Jews are. Perhaps one or two might surface and wonder how they can learn more about their identity.