From Israel to Warsaw 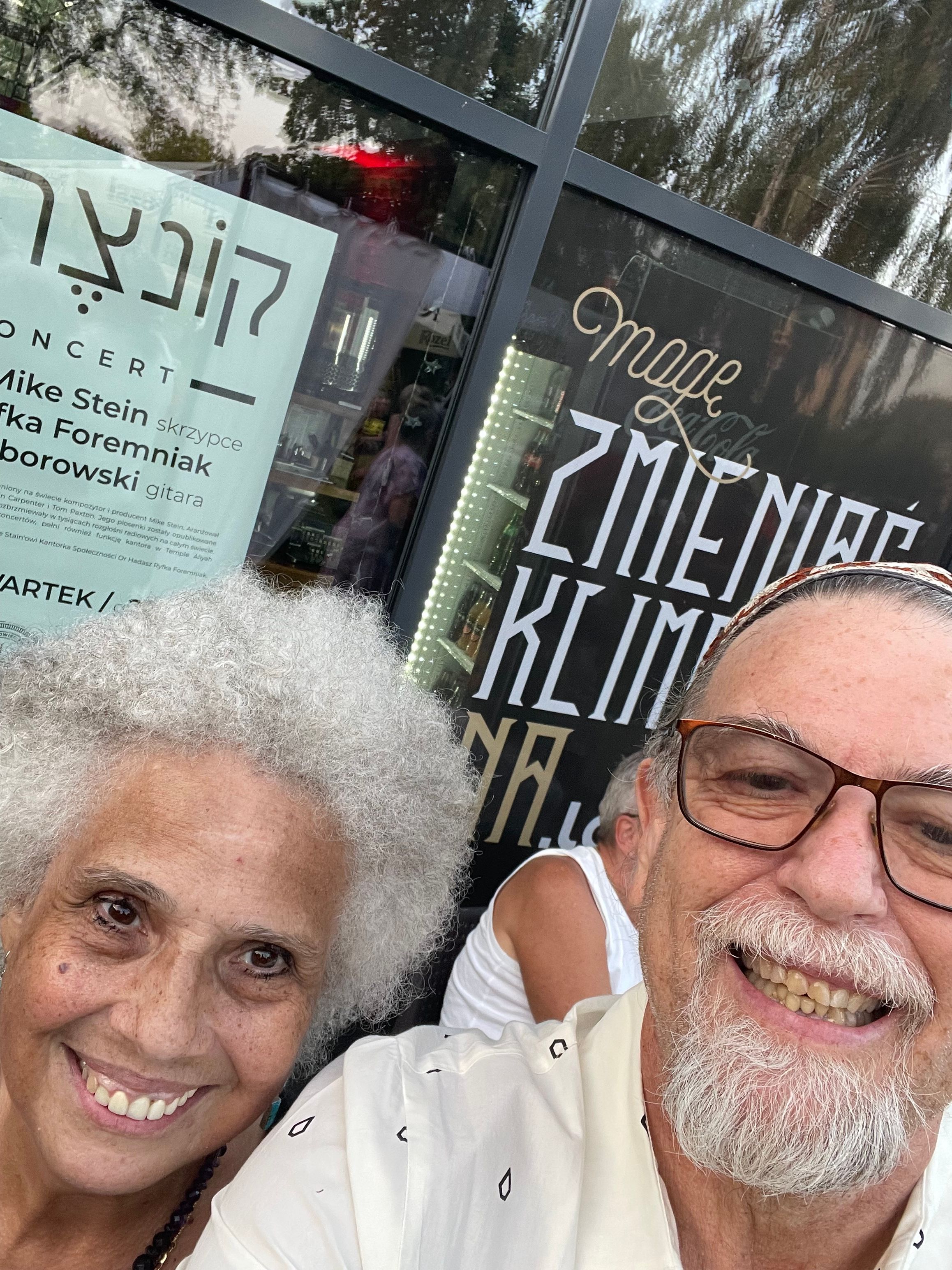 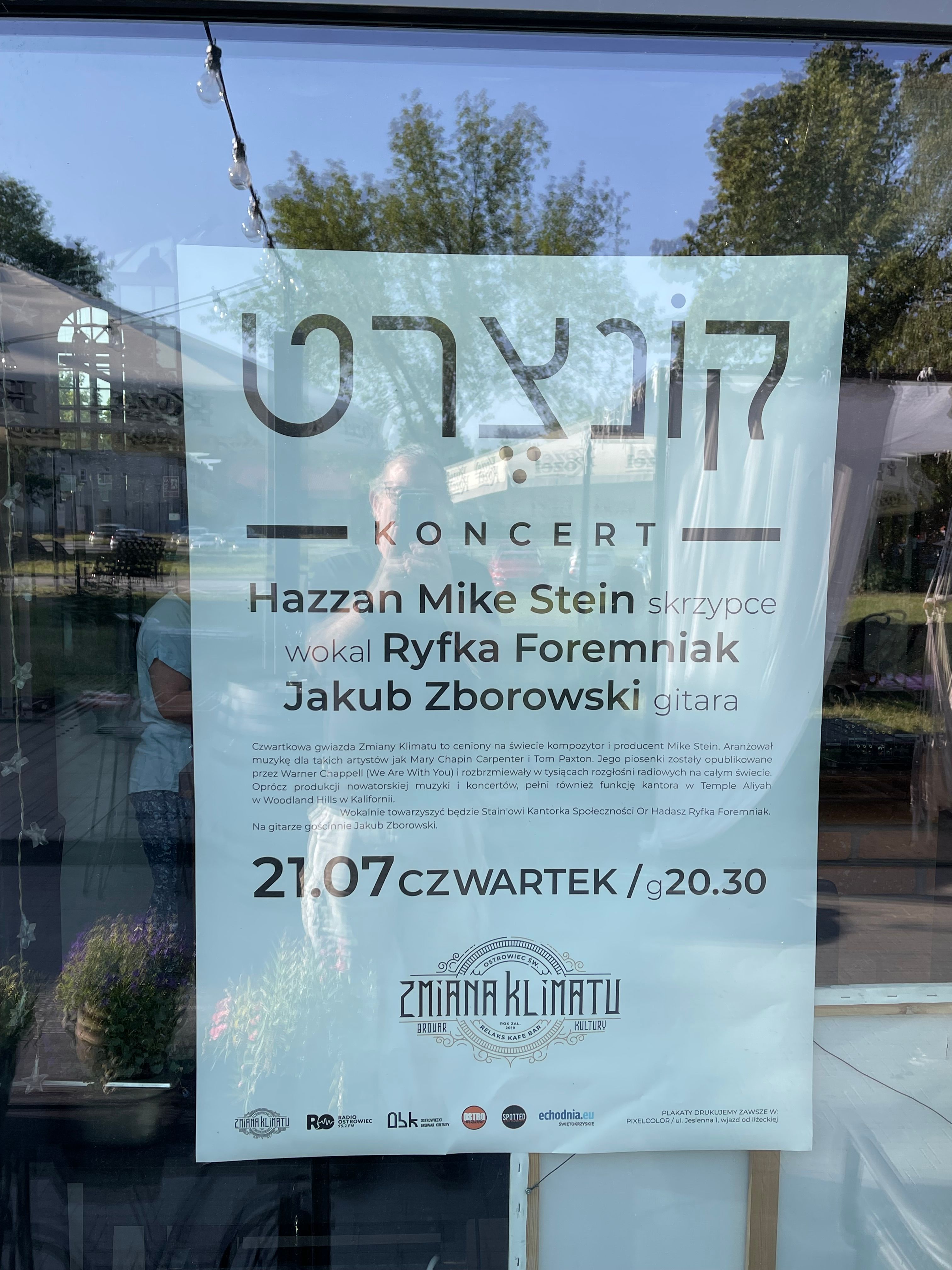 One of the best things I have ever done is to travel to Israel and sit on the beach in Tel Aviv for an entire week. No meetings, no calls--sleep, eat, swim, study, sleep--repeat daily. After that, our trip from Ben Gurion Airport to Warsaw was an ordeal of biblical proportions. We stood in line for three hours to get to the ticket counter, then security, the passport control--it was a nightmare. But we are here in Warsaw safely, and that is what counts! There are not enough employees in any travel industry, especially the airlines. And I realize that any connections on the flight home will be a disaster, so I am trying to change the reservation.
Here in Warsaw, I met with my student Rivka and a guitarist, and we rehearsed for our concert in Ostrowiec, Rivka's hometown. We will travel there tomorrow for a show in their opera house. These performances of Jewish songs will not just be an artistic showcase but an opportunity for those seeking out more Jewish content in their lives. We hope these concerts will inspire people to keep asking questions and form kehilot that would revive Jewish practice.
We are organizing with individuals on the ground working with refugees from Ukraine to bring them the funds that our friends in America so graciously donated.
I met with JTSA graduate Rabbi Małgorzata (Gosia) Kordowicz, who lives in Warsaw and teaches and works with the Jewish Community of Warsaw (Gemina). We discussed the challenges of being a female rabbi, especially in Poland. We take so much for granted in the U.S. I learned much about the history of Jewish life directly after the fall of the Soviet Union and how those who were thirsty for knowledge all of a sudden had learning opportunities never available during communist rule.
The concert in Ostawiec,  Iza Rivka's hometown was fanastic. The venue was lovely in an outdoor setting, and over 150 people came--an impressive crowd for this concert series. For many relatives and townspeople, this was the first time Rivka "came out" as Jewish in a public setting. It was an extraordinary event; people were enthusiastic and engaged the entire performance. And Rivka made herself known, singing beautifully in Hebrew and Yiddish. I played on my new guitar and many solo fiddle tunes--five encores included klezmer, Irish, Israeli, and bluegrass. Kelley also sang with me. Unbeknownst to us, a hat was passed around the crowd, and we collected about 1200 zlotys, about 200 USD. We are giving it all to Ukrainian relief efforts.
We returned to Warsaw on Friday. That evening, Marcin and Henryk, two of my Shatz (prayer leader) Program students, joined me for a Kabbalat Shabbat service at the Babel Klub, a space dedicated to Jewish history and culture. The place was impressively filled with Jewish books and entirely with Polish Jews. Sponsored by Beit Polska/Warsawa this was meant to draw people into Jewish ritual and was a rousing success.
Shabbat morning, I davened at Eic Chaim, the progressive synagogue that is part of the Gemina. I read Torah and Haftarah and led a lot of the service. Once again, Jews filled the hall, engaged in prayer, and appreciated the music. I had the opportunity to daven a full Shaharit, which was a pleasure. For Mincha and Ma'ariv, I went to the Nozyk Synagogue, the only remaining synagogue in the main part of Warsaw (there were over 100 synagogues before the war). The Nazis used it as a stable, so they kept it intact. Now it is a beautiful Eastern European-style house of worship. I left at 9:45 pm to return to the hotel to see Kelley--Shabbat was not over until about 10:15 pm. Long day and long night.
In the middle of it all, I had excellent discussions with Jewish leaders about how to revive and invigorate Jewish life in Poland, establishing vital congregations that could support themselves and thrive. The most critical point of the discussions was that leadership needs to come from within Poland--those who study abroad or in Germany must come back and bring the juice that will keep the light of Jewish life glowing again. For the first time, I felt there could be a positive change in the landscape of Polish Jewry. Consider this: the Gemina's head is a rabbi from New York. The head of the progressive branches is a rabbi from Los Angeles. I am a "consultant"; as you know, I live in L.A. (go Dodgers! go Rams!) Why aren't the key figures native to Poland? That is our challenge, and I think that we may be close to coming to the answer.